Dumping user passwords in plaintext on Windows 8.1 and Server 2012

Couple of days back, I read this very interesting post on the TrustedSec's blog. According to the post,  it is possible to dump passwords in plain from Windows 8.1 with a simple Registry hack. All we need to do is:

1. Create the registry key property "UseLogonCredential" at HKLM:\SYSTEM\CurrentControlSet\Control\SecurityProviders\WDigest and set its value to 1.
2. Lock the target computer.
3. Run Mimikatz when a user logs in.

Simple, isn't it? We can use PowerShell to easily achieve the above steps.

Registry key property can be created with:
The target computer can be locked with the code found here (Thanks @subTee) :
The computer unlock event can be captured with (Thanks @mattifestation) :


Here is the script in action on a Windows Server 2012:

Without the downgrade, Invoke-Mimikatz on a Server 2012 machine looks like this: 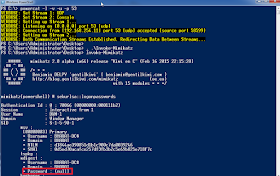 And with Invoke-MimikatzWdigestDowngrade (AFTER the user unlocks the machine): 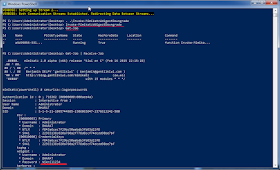 
Notice that the event trigger started a job and we may need to use Get-Job | Recieve-Job cmdlets to see the output.

Below video shows the script in action:

This is one of the various examples where PowerShell enahnces a penetration test by combining various simple techniques together. Knowing PowerShell is crucial for better security testing from both red team's and blue team's perspective.


If you liked the post and want to learn more and/or want to support my research and work, join me for a two days training "PowerShell for Penetration Testers" at: