I was playing with Windows Hosted Network feature couple of days back. A hopefully useful idea which came to my mind was using the name of the hosted SSID for exfiltration. Since, SSID names support maximum 32 bytes the choice of data to exfiltrate is not really wide. Something like user credentials is small enough to fit in this limited space.

I wrote a PowerShell script which allows use to exfiltrate data using only SSID names. I give you Invoke-SSIDExfil.ps1. Here is the source code. This script provides for multiple options to exfiltrate data. Since, we are mostly after user credentials, the script uses logic from Invoke-CredentialsPhish to show a credentials prompt to the user to capture credentials in clear text. The captured credentials are then encoded using ROT13 (not going to call ROT13 encryption though that may be the technically correct term) and a Windows Hosted Network is created and started with SSID name set as to the encoded value in the form Domain:Username:Password. Below is the script in action. Please note that the script must be executed from an elevated shell:

And this is how  - if we are in physical proximity of the target - the SSID looks like: 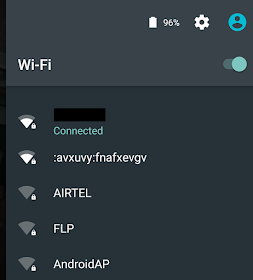 Neat! From my past experience, such scripts are useful for impressive demonstrations.


The script can be used as a payload in targeted client side attacks, Human Interface Devices (Kautilya), authenticated command execution and other techniques.

Using the -StringToExfiltrate and -ExfilOnly parameters, it is also possible to exfiltrate a small piece of data without showing a credential prompt to the user.

An update to the Gupt-Backdoor


While working on this script, I revisited Gupt-Backdoor. That backdoor is quite impressive as well when it comes to demonstrations. I blogged about it here. An improvement to that backdoor has been added which allows to pass a one line PowerShell downloand and execute cradle for PowerShell v3 onwards. Also, ROT13 encoding has been implemented to make SSID names less suspicious. Below command can be used to start the backdoor on a target and tell that an encoded command will be provided to it:
And this is how a Wireless AP can be started to send instructions to the backdoor. 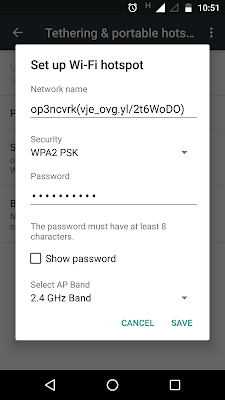 And the execution looks like below. The backdoor downloads and executes Get-WLAN-Keys from Nishang:

Hope you enjoyed the post! Please leave feedback and comments.