Pivoting to and poking other computers using powershell - Powerpreter and Nishang 0.3.1 - Part 2

This is second post in the series about powerpreter. You can read the first part here: http://www.labofapenetrationtester.com/2013/08/powerpreter-and-nishang-Part-1.html

Pivot could be used in both interactive and non-interactive mode. We can use username and password or use credentials of current session (for example, using a WCE generated powershell session).

Lets see a non-interactive Pivot to a single machine. 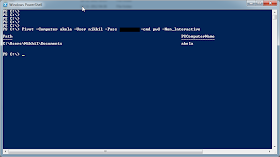 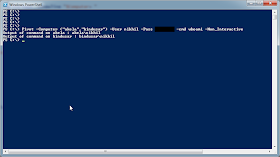 Nice and easy, isn't it.


Non-interactive is good but nothing beats an interactive session on a machine :) Let see interactive pivoting on multiple machines with a WCE-generated powershell (using password hashes).

Nice, we have two sessions with us. We can use Get-PSSession cmdlet to list the sessions. To interact with a session use Use-Session function of powerpreter.

We can use built-in cmdlet Enter-PSSession to interact, then why we have a separate function for similar thing in powerpreter? This happens when one tries to use Enter-PSSession from a powershell remoting session. 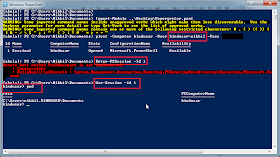 Points to note in above example:
1. When using Pivot from remote, note that we used username in form of "computer\username".
2. We got an error while trying to use Enter-PSSession from remote session, AFAIK it is not supported.
3. But Use-Session from powerpreter worked!

Invoke-Command is supported from a powershell remoting session. We are using it with -Session parameter to save state and use it interactively.

Now, lets have a look at couple more functionalities in powerpreter which could be used to poke other machines in the network.

Port-Scan
As the name suggest we can use this to port scan other machines on a network. 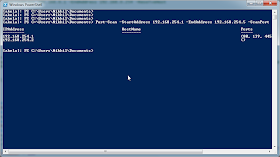 Please note that we used the parameter -ScanPort to specify that we want a port scan, by default only a ping sweep is performed. There is a default port range which would be scanned but a custom port range could also be provided.

Lets look for a MSSQL Server on the network. 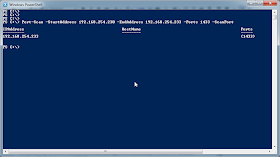 Bingo! We found one - already setup ;)

Brute-Force
We can use this to Brute Force services like MSSQL, ActiveDirectory, Web or FTP on other machines. Default service is MSSQL. Lets brute force with sa username on above discovered server. 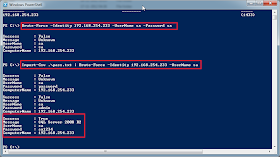 Yay we got one password! - this too has been setup already ;) 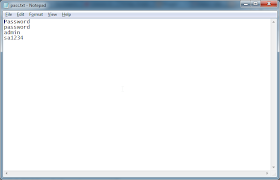 Why? Have a look at the code snippet.

It is due to the ValueFromPipeLineByPropertyName property. See this for more details: http://blogs.msdn.com/b/powershell/archive/2009/01/05/revisiting-old-posts-get-process-dir-about-valuefrompipelinebypropertyname.aspx

Execute-Command-MSSQL
Ok we have username and password for the MSSQL Server, what next? See this earlier post to understand usage of Execute-Command-MSSQL: http://www.labofapenetrationtester.com/2012/12/command-execution-on-ms-sql-server-using-powershell.html

Create-Multiple-Session
Function which can check for credentials on remote computers and can open PSSessions if the credentials work. See this old post to understand its working: http://www.labofapenetrationtester.com/2013/04/poshing-the-hashes.html

There are some code changes to powerpreter and other scripts in Nishang. So I am releasing Nishang 0.3.1 too. You can find the repository here: http://code.google.com/p/nishang/

As always I would like feedback, bugs, feature request and code contributions. Enjoy.
Nikhil SamratAshok Mittal at 10:51 AM
Share